Why Is the Blue Blazer Cocktail So Dangerous?

Let’s get down to business, let’s talk about the Blue Blazer.

No, we’re not speaking about fashion, put your shirts away, we’re talking about the flaming, scorching, delicious cocktail that is the Blue Blazer.

What’s in a Blue Blazer?

Whilst this cocktail has been around for over 150 years, not many people really know what’s in it. Originally it was made with whisky, water, sugar and lemon, however, you’ll now find a few new spins on this. 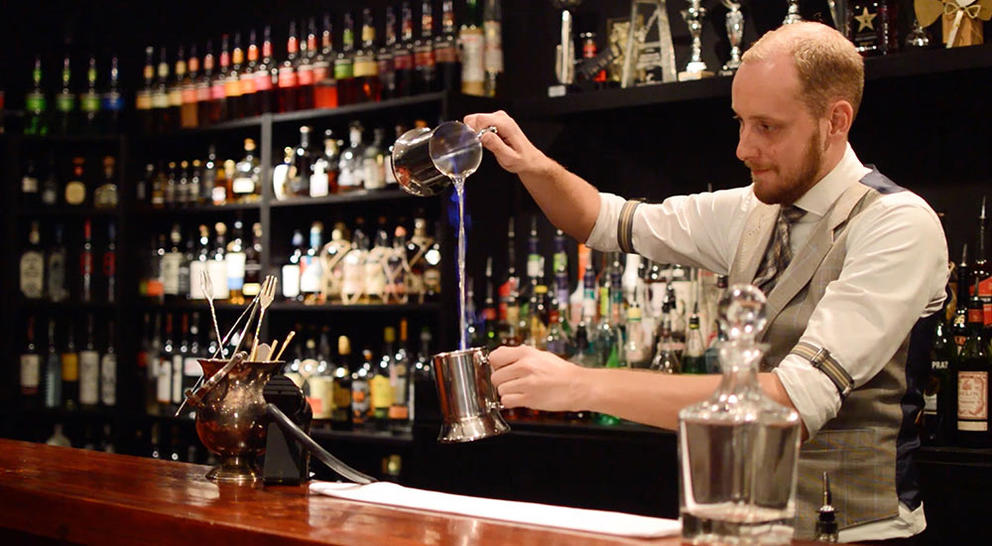 Who Created the Blue Blazer?

In 1862, Jerry Thomas, the original travelling bartender, published the first written recipe for the Blue Blazer.

That being said, lighting up alcohol whilst mixing was a technique that had been used since Shakespeare’s time.

Jerry became infamous for his technique of throwing burning alcohol from one cup to another, you could say he was playing with fire!

How Do I Make a Blue Blazer?

Whatever you do, do not make this at home!!!

You’ll burn yourself and the bar down. This is a cocktail that only skilled professionals should mix in a safe environment.

Mads Voorhoeve, the owner of EBS Amsterdam, has made a modern Caribbean twist on the cocktail for you to drool over.

Here’s how you do it…

1. First up, add 2 dashes of Curacao Bitters to one of your metal glasses.

2. Next, pour out 15 ml of Pineapple syrup into that same glass

3. Add 50 ml of boiling hot water to the other glass

5. Add the fiery rum to the water and start to roll your drink from glass to glass

6. After a few rolls, pour the cocktail into a jar and begin smoking it for around 20 seconds

7. Give it one final blast of fire to make the smoke disappear and pour your Blue Blazer into a glass

8. No garnish needed here, let the flavours do the talking! 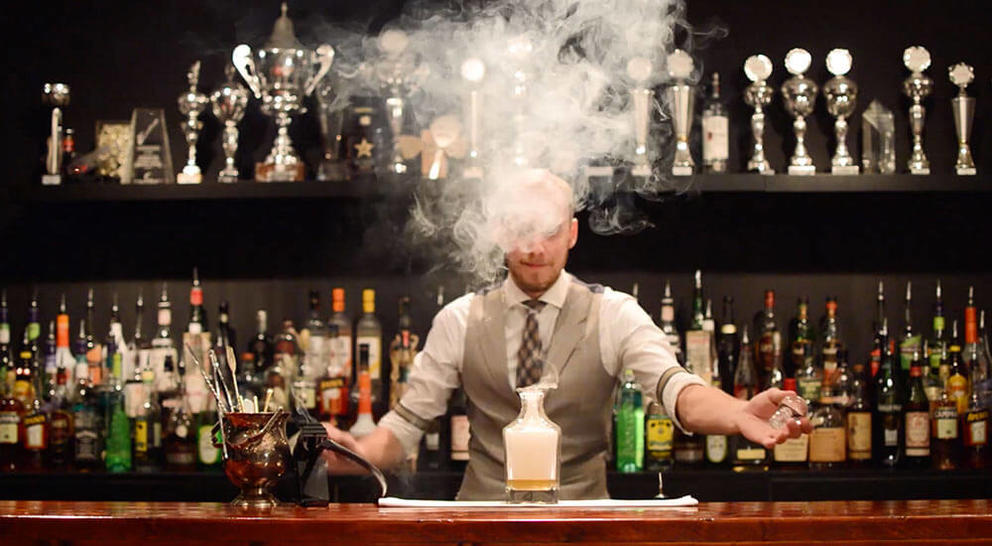 Won’t My Drink Be Hot?

Hot, not so much. Think warm, like a Caribbean beach.

So There We Go!

The Blue Blazer cocktail with a modern tropical twist.

Is it the most dangerous drink in the world? To drink, no, but to make? Yes, it’s up there. So stay safe and remember to only make this with trained professionals!