Bartender Training Is Worth the Money: Tim’s Story Proves It

Tim Lefèvre knew that he needed to make a new and exciting change in his life, but what he didn’t know was that change would come in the form of a bartender training course in Amsterdam.

He also didn’t know that he’d go on to graduate the course with flying colours, be in the Dutch top 10 of a Diageo World Class competition, and land a job in one of the city’s best speakeasies. And people say bartender training isn’t worth it? Read how he achieved these incredible feats below. 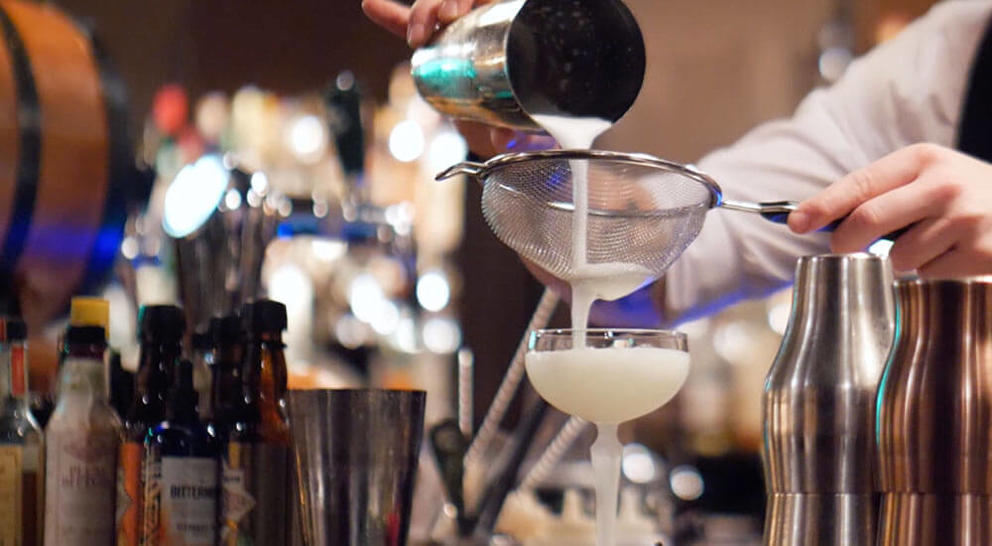 A Bartender Training Ad Changed Everything

Education didn’t quite capture Tim’s imagination, nor did jobs in a nightclub, kitchen or bistro. Tim bounced from job to job whilst looking for something to spark his life into action; something he genuinely enjoyed and yet could still make a real career out of.

One day he spotted an ad for an EBS bartender training course online and everything changed. Well, not immediately. It took Tim until New Year’s Eve, six months later, to tell himself it was now or never if he wanted to pursue the opportunity in front of him.

Tim answered the call of adventure and signed up to his bartender training course at EBS Amsterdam. Tim chose well as our Amsterdam school won EBS School of the Year 2017! It was here he fell in love not only with the city but bartending itself. He describes EBS Amsterdam as a wonderfully creative, fun environment, yet one where you need to work hard to maximise your opportunities.

The EBS instructors made him feel at home both personally and professionally. Tim felt so at home in fact that he ended up returning to the Dutch capital only a few weeks after graduating, with a little help from a friend. 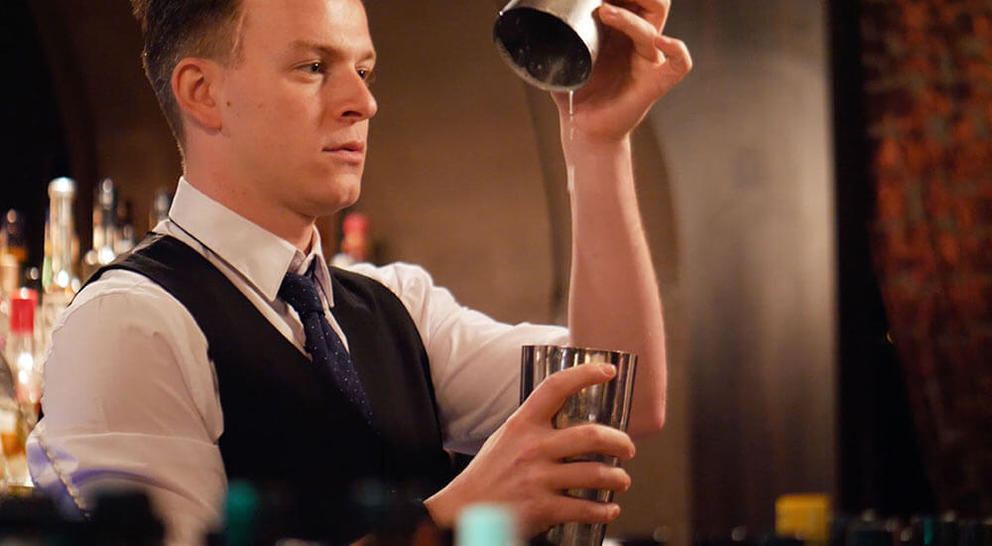 The Importance of Contacts

Tim was unwinding in his native Belgium when he got a call from Jonathan, one of the EBS Amsterdam instructors. The general message was “Come back, I have a job for you!”. As one adventure came to an end, a whole other one was about to begin. Tim arrived in Amsterdam in a matter of days, living in a hostel as he looked for a permanent home and a permanent job.

The network of people he had established during his bartender training course enabled him to secure two jobs in no time, all whilst still calling said hostel home! As he spent more time in the city he worked in both a cocktail catering company and a sports bar. Tim was able to immediately adjust to the rapid pace like a pro thanks to his bartender training.

Tim can already see the return on his investment as he has been able to move from venue to venue and consequently earn more money. Tim currently finds himself working at Door 74 one of Amsterdam’s best and most iconic speakeasy bars. 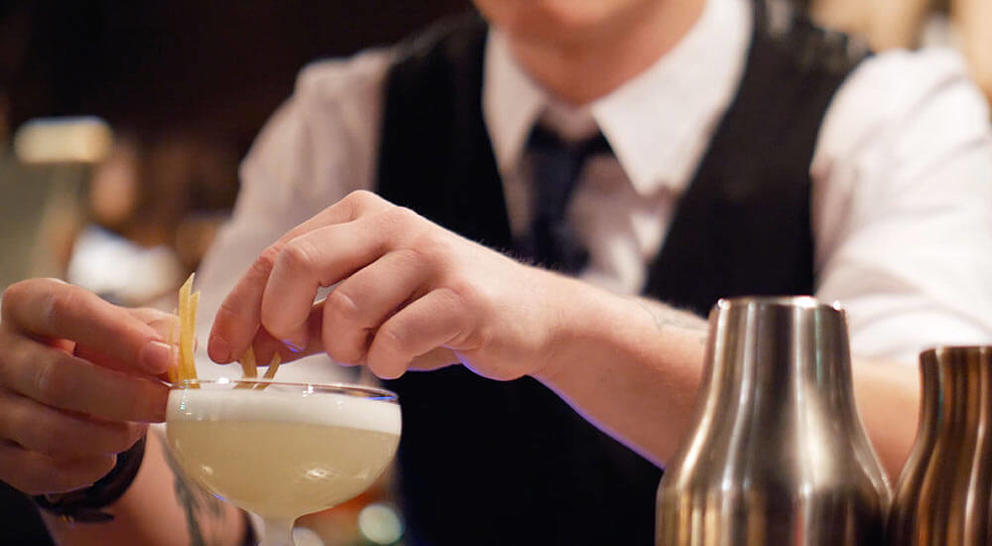 Speakeasy, or Don’t Speak at All

Door 74 is a speakeasy bar in the heart of the Dutch capital. For those of you who don’t know, the modern speakeasy is inspired by the old bars of the same name, a safe place for Americans to consume alcohol during the Prohibition Era.

Speakeasies are bars designed to look not at all like bars (crazy, right?), on the outside at least. Inside, they are notoriously cool venues where you can often find the best cocktails and service in town.

Tim is loving his time at Door 74 and finds himself a far cry from gazing upon that initial EBS bartender training advert, despite it being not too long ago. Outside of work he has started competing in bartending competitions, he made the Dutch top 10 of a Diageo World Class competition and recently flew out to Ireland as part of the final stages of a Jameson contest!

Tim’s story proves that his bartender training has been a fantastic investment in his future as it has helped to enhance both his personal and professional life. Tim went from feeling lost in the world to pursuing his dream career in a city he loves, and it sounds like there are a fair few chapters still to write.