From bartender to brand ambassador – how to do it

The picture on top shows Charlotte Voisey, a former bartender, now portfolio ambassador for William Grant & Sons USA. At this point you might ask yourself what a brand ambassador is; in the liquor industry, it is anyone actively endorsing specific brands as a profession. Similar to Nadal, Pitbull, Robin Thicke and Mila Kunis, these guys promote and introduce their brands at events and venues. You’ve probably already encountered several of them without knowing it too! Think about it; did you ever go to an upscale bar and felt surprised when the bartender made your favourite cocktail with an exotic brand instead of regular vodka, rum or other liquor? You probably encountered a brand ambassador right there.

Brand ambassadors serve as the professional face of the brand, bridging the often-wide gap between the marketing departments, the bartenders and you, the consumer.

The end goal of the brand ambassador is to get people to drink one particular brand over another, and there are many ways of achieving this. You might occasionally see a brand ambassador demonstrating how to make drinks on TV, or at a wine and food festival or charity event, but more and more often, brand ambassadors work behind the scenes. The bartender is considered a gatekeeper, since they are the ones serving the drinks, so brand ambassadors spend a lot of time focusing on bartenders, bar managers and bar owners. They conduct trainings and tastings, they host dinners and events, and even lead educational trips. So if you think bartending is cool, being a brand ambassador is even more awesome! 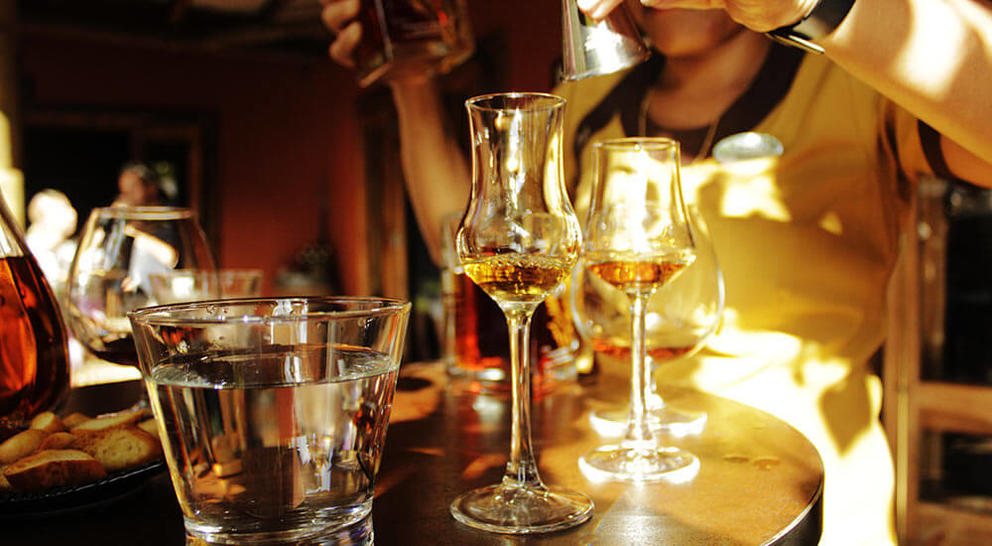 The majority of Brand Ambassadors are ex-bartenders who found a way of earning a good living without having to leave the industry they love. The role of Brand Ambassador is a relatively new one and originally, it was a difficult job to get into. But with the recent cocktail renaissance, more and more brands see the value of taking on someone to represent their products, and what was originally basically a training role has developed into something much bigger and more important.

Note that it’s rare to find a Brand Ambassador who wasn’t a bartender first. First of all, a brand ambassador needs to be able to relate to bartenders as they will be spending a good amount of their time training them, doing events with them or being in their bars. If you haven’t been there yourself, levelling with bartenders can be difficult. Plus, brand ambassadors require a skills set good bartenders usually already have; you have to be good with people, know how to be a great host, you have to be confident and have a good sense of humour and obviously it helps to be able to make good drinks and have a solid level of knowledge about spirits.

Jacob Grier, Bartender/Cocktail consultant: “For the past three years, I’ve had one of the most fun jobs the hospitality industry has to offer: brand ambassador for a major spirits company. Being a brand ambassador means you get to be a bartender without committing to actual shifts. You get to be a salesman without having to actually do sales. You’re paid to combine the roles of educator, enthusiast, and bon vivant. You travel. You visit the best bars and bartenders around the country, try their drinks, and put the tab on the company card. The job’s got its perks.”

It’s not good times all the time though; brand Ambassadors have to show some self-restraint as well. Often times you’ll find yourself in the hosting role, so you need to handle yourself well and be the responsible one in any group. This doesn’t mean Brand Ambassadors don’t know how to party, but the best ones know when to order a tactical tonic water, while pretending it’s a G&T, or when to call it a night and head home before getting sucked into an all nighter.

Amanda Boccato is the U.S. brand ambassador for Lillet, a French aperitif distributed in America by William Grant & Sons.

So Amanda, how did you get into the spirits industry?

“In 2006, I was making strawberry nirvana cocktails at a bar that has since closed in the Meat Packing District [in New York] that Dale Degroff consulted on. It was around that time that I was lucky enough to make the acquaintance of Audrey Saunders, thanks to a mutual friend. After a long and thoughtful interview, she took me in under her wing at Pegu Club. Not only did she teach me to stand up straighter as a woman, but she also trained my palate in an organic way most will not be lucky enough to experience. Through daily interactive education, I was introduced to the vast world of spirits, tinctures, tastes, scents and smells. I had no idea I was joining a group that I would call family, now more than six years later.”

How did you become a brand ambassador? Had you ever heard of the position before?

“I studied marketing and advertising communications, as well as media and film, while I worked my way through college at the bar. I have a passion for all of the above. The role of brand ambassador in the spirits industry ideally combines these fields, so I identified it as something I could be happy doing early on. The brand ambassadors before my time really defined this role and the ones even after my time will continue to do so. The gig is very evolutionary and with that, what you make of it.”

What is the best part of your job?

“The best part of the job has been getting to know the people in my different markets. Having national territory has allowed me to get to know America very intimately. I’m not going to lie — I’m a New York lady, born and raised, and with that came the attitude, “There’s nothing you can’t find in New York City!” That’s not exactly true in the bar scene anymore. People are doing some wild and whacky things all over the country, and the world. I’ve had the pleasure of visiting a lot of lovely towns and cities that possess some great talent in this industry. Another perk is having been afforded to do some studying in Bordeaux, [France], from time to time, where the wonderful liquid of Lillet originates.”

What is your least favorite aspect of the job?

“The role changes every day, and with that said, it’s sometimes tedious to define what I do to my family and friends, and even to my boss! For that, we have great ambassador outings at William Grant & Sons for support where the 20 or so of us bond around campfires and wake up at dawn to make fresh juices for each other. It’s a beautiful thing. The faces of the William Grants & Son portfolio are a real special group of caring, talented, hobby-collecting, intelligent people with vastly different backgrounds.”

“Sometimes I’m at a desk, most of the time I’m on a plane on my way into a market for a trade show or a product release event. Sometimes, I’m an event planner; other days I’m an educator. Sometimes you get a really glamorous day where you’re getting your hair and nails done for a television interview, but usually not. You will open a lot of boxes, so invest in a good box cutter and don’t use your fruit garnish knife or you’ll ruin it. You will develop real working relationships with everyone from your UPS delivery person to the likes of Martha Stewart. Your skin will occasionally break out with all the air travel and you will need to learn how to keep your body running optimally at all times to really succeed. Your health is your greatest weapon. This is a challenge in the booze business. Drink more water than cocktails; eat vegetables (hint: the green ones). Nothing can really prepare you for a job like this, but you’ll be prepared for a lot in the future by simply executing your day-to-day obligations to the best of your ability. Grace under pressure.”